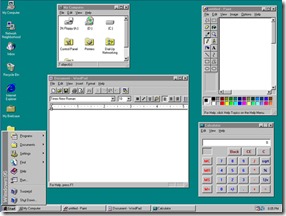 n early 1995, I saw on America Online that, for $15, you could join the ‘open public beta’ program that Microsoft was starting for something called ‘Chicago’, aka the next version of Windows.  Boy, was I excited.  I eagerly handed them the money and awaited my DISKS. Yes, disks.  For another five bucks, I could get a CD ROM.  I think I did that too, I am pretty sure I did.  After two agonizing weeks, I got my disks.

I carefully backed up my Windows for Workgroups installation and files.  To TAPE.  Oh boy.  Then, following the instructions, I installed Windows 95 on my homebrew computer.  I had upgraded my memory to a full gigabyte of RAM AND had a spiffy new 500 megabyte (I think it was 500, might have been 420, not sure) hard disk and a new-ish Local Bus video card. I was ready.

The installation took several hours, but went smoothly.  That last reboot was very exciting. This Chicago thing already looked cool.  I think I had every computer magazine printed at the time, in front of me, opened to the lead articles about this Chicago thing. Since the public beta had been out for weeks or even months, the magazines had screenshots of what it looked like. It was sleek, three d like, cool iconography, and this thing called ‘START’. What the hell was that? Oh, and this other thing called ‘The Microsoft Network.’

The computer rebooted and Chicago – er, Windows 95, booted for the first time on my computer. WOW.  What was this magic?  Oh my.  It had a green desktop.  Battleship gray controls and…the START Button. I click it. Wow, my programs were listed there and some other things called shortcuts.  WFW 3.11, you are so yesterday!

After getting to know the user interface, I immediately tried the one feature that I was dying to have:  LONG FILENAMES. Yes, the only thing that really drew me to the this new operating system were the long filenames.  I wanted ‘georges resume for 1995.doc’ instead of gresu95.doc.  I mean, really, gresu95.doc? Long filenames, to me, were the biggest improvement to Windows.  Oh, sure, there was all that stuff about new API’s, something called DirectX coming out soon, a new audio system, a new rendering engine, networking that was ‘easy’, and other cool things, but all I cared about were the long filenames.  And, they worked well.

Suddenly, it dawned on me that my Windows 3.11 applications looked like natvie Windows 95 apps and I got all giddy.  COOL! I don’t need to buy new stuff.  Well, yeah, I sort of did have to buy new stuff. Some could wait, but others could not.  None of the Windows 3.x software was long file name aware, so, I really had the same situation as before, only it looked way better now.  No problem, I bought a program that faked it for those applications and it worked well, until the database got corrupted.

My twenty bucks also got me into the Microsoft Network, aka MSN.  MSN was an America Online wannabe.  It wasn’t really. It was cool, until the beta ended and I had to pay for it. Once I got a bill, I dropped it. Wasn’t worth it and, after all, I had AOL AND Bell Atlantic dial up, so why would I need MSN?  Problem was, most people did not need or want MSN and it did not last long.

As the release date drew closer, there was a frenzy around the OS building.  The Rolling Stones’ ‘Start Me Up’ song became the Windows 95 theme, commercials abound and, OS2 Warp trying to make a big splash before Windows 95 hit shelves.  IBM’s last stand.  It failed.  OS/2 was relegated to the dust bin.  But, Windows 95? It was everywhere. Seeing that big START button on a billboard? That was cool. Hearing people talk about this Windows 95 thing was tremendous.

During this time, I entered a contest, by Microsoft, whereby I had to write about how Windows 95 changed my life.  I wrote it, took pictures of my computer running it and submitted it.  Weeks later, just prior to the launch, I was notified that I had placed in a tie with an undisclosed number of people. My prize was a legal, boxed copy of Windows 95 AND something called Windows 95 PLUS! pack.  I got both of them on launch day.

August 24, 1995.  Lines wrapping around buildings. Entire newspapers devoted to the operating system.  Product placement everywhere.  Microsoft held an event to officially kick off the OS.  On stage, Jay Leno emceed the event. He read off quotes from the testimonials-actually from the contestant entries-and I was quoted by him.  Supposedly, the essays were framed and lined halls at the Microsoft campus in Redmond. I don’t know if that is true or not, but I want to think it was. Yeah, we’ll go with that.

Anyway, the hype was so great, people who did not even have a Windows computer were buying Windows 95.  That’s all you heard on the news, was this new computer program was out and would make life so much easier. While, it did make computers easier to use, I don’t know that it was killer app for life.

My favorite product placement was the Windows 95 box on Seinfeld’s desk, next to his Macintosh—which could not run PC software at that time.

Windows 95 was a huge advancement for home computers. As much as the iPhone was important for smartphones, Windows 95 introduced computing people who would not otherwise have bothered.  It took computers mainstream.  It jumpstarted careers, indeed, created an entire industry. While that industry today is changing, in 1995, it was just starting and ‘Start me up’ is, indeed, what it did.

Looking back, I was not as excited on launch day as others were. Oh, sure, I enjoyed the day, as any geek might, but the excitement of putting the disks in the computer, following prompts, installing the OS was gone because I already experienced it, months prior to that day.  There were a few things on the shipping CD that I had not seen, mainly the two music videos-The New Bohemians and the ‘Happy Days’ video. I think there were a few games and some demos. But the core OS was the same.  No matter, I was now eager for the NEXT version, Windows 96. Only, that would be nearly three years later and called Windows 98.  But, it didn’t come close to the excitement that was Windows 95.

Yep, the Start button, fancy new themes, something called ‘Internet Explorer’ (which was on the Plus! pack) and the Long FileNames. Those were killer.  Oh, sure, having Leno quote ME, a shmoe from Richmond, Virginia, well, that was OK too.

Microsoft is in the home stretch with Windows 10 for PC.  Releasing TWO builds in two days, they are proving that they are agile, listening and, above all, making sure this thing works—it HAS to.  Overall, the latest builds have been great and are usable for daily work.  The latest build, 10159, also includes the Edge branded browser, new wallpaper and tweaks everywhere.  10158 fixed a whole raft of issue that I had (like the Start Menu not displaying, pretty big since it is now the only way to launch applications easily) and made it much more usable.  The little changes, like fonts, color changes, icons, responsiveness and stability have all added up to a product that is really close to ‘done’.

The avenue, however, that they—still—have a problem is consistency.  They have come a long way, but, sadly, still have a long way to go.  They still have an ugly mess of old style dialogs intermixed with the newer metro style.

For example, ‘Desktop Icon Settings’ is STILL the old Windows 95 style!  Twenty years have passed and they still are using the SAME dialogs.  Yes, they tweaked it, but it is, essentially, the same. 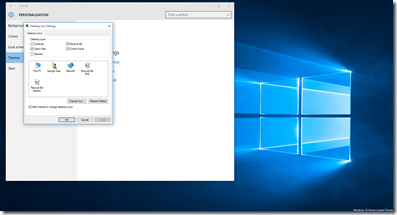 Most of the personalization stuff is still in the old dialogs with some redundant settings in the metro style.

One other problem they have, and I’ve seen no real change, is the stubbornness of the Windows Update mechanism.  I have a couple of drivers that I really do NOT want updated. Windows INSISTS on updating them.  One is Arduino related and I really want the Windows 7 driver to be left alone. It works and does not degrade my PC’s performance where the Windows 8 driver does.  The other driver, likely, will be updated for Windows 10, but, for now, the IDT audio driver for Windows 7 works much better under Windows 10 than the Windows 8.1 driver.  But, in the interim, Update, leave em alone!  And, speaking of update, I hope the finished Windows update just works and doesn’t gum up peoples machines. It is the number one complaint I hear. I rarely have any issues (other than the aforementioned driver updates) with it, but others do. PLEASE, Microsoft, get this right.

The over all look and feel is nice.  It blends the best of Windows 8 and Windows Vista. Yes, VIsta.  Vista was a great looking operating system and so was Windows 8 (not 8.1, 8) but both were maligned for some reason … I can’t think of any at the moment.  (wink, wink)

I like the integration with Windows Mobile 10, Cortana, One Drive and the support for competing technologies.  Microsoft has realized that they are no longer the top of the heap.

The Edge browser. This thing is hot.  While it is still a bit unstable, there is no doubt that it screams along.  Pages pop up and, for the most, render as they are supposed to.  I’ve seen a few weird things, but I suspect it was to support IE and that Edge rendered it as other browsers would have done.

Windows 10 will be released to everyone on July 29, 2015.  Most people should be eligible for a free upgrade. Go to Microsoft.com to see if you qualify. 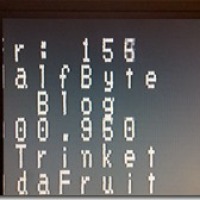 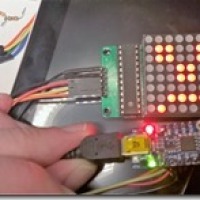 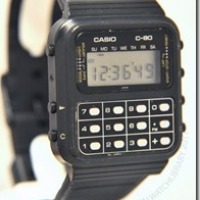 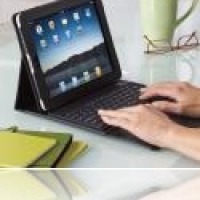 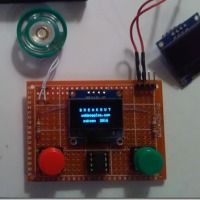 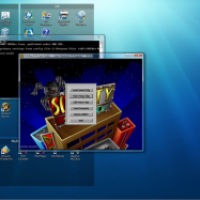 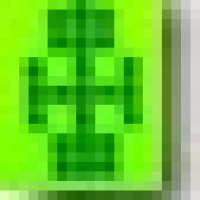 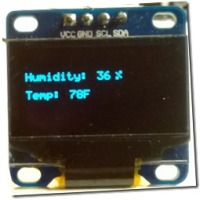 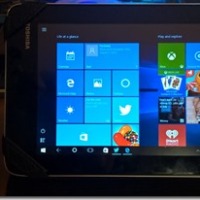 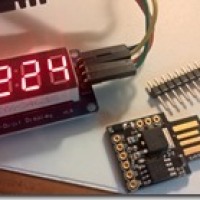 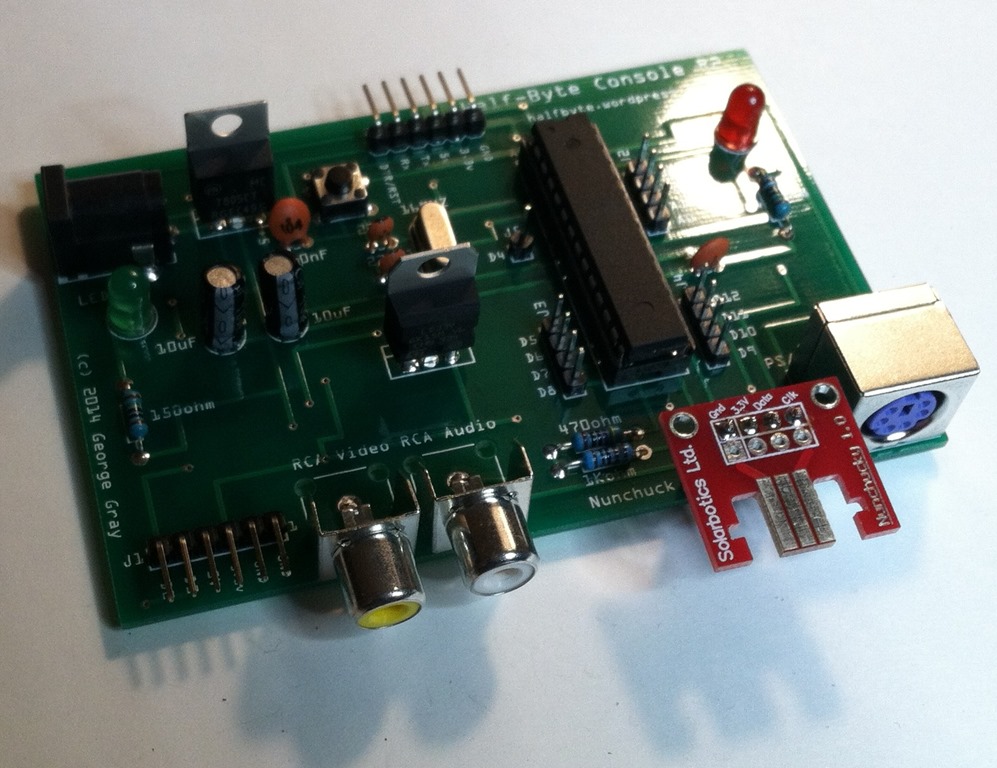