This past week was highlighted by the Consumer Electronics Show in Las Vegas. This is typically the trade show where companies show off the gee-whiz technology products for the coming year. Indeed, some really nifty tech has been introduced and showed off at CES.  Every year, at least one product or category tends to stand out. Last year, it was 3D television and tablet computers.  This year? Well…nothing, really. Oh, there were lots of both, but no one stand out product or category.

In fact, the show seems to be kind of a dud.  Granted, I was not there in person, but, then again, with all of the coverage and live blogging, I didn’t need to be.  In fact, I don’t feel the need to even really cover it since it is already over covered.  However, I do feel like I need to say something about it…it is, after all, a big deal.

So…did anything catch my eye? Well, yeah, a few things did.  The MakerBot Replicator 3D Printer, for me, is the most exciting product shown off at the show. The printer, much like the replicator on the Star Trek the Next Generation program, MAKES THINGS. Yes, it is a true 3D printer.  Feed it a pattern and it will, layer by layer, build a real 3D model for you.  Now, you won’t be able to replicate, for example, a television or a full size auto, but you will be able to make individual parts, toys, forks and other small things.  This is great for prototyping, toy making, replacing smaller parts, etc.  I see all kinds of uses for this thing.  Miss that Lego brick? No problem…print a new one.  And therein lies the problem too.

As with video and audio, copyright infringement will come into play.  Go ahead, make that Lego brick and risk breaking the law.  Just imagine the wheels at the Lego company when they figure out how easily their product can be reproduced.  These printers and the material are currently very expensive but they are coming down in price.  $2000 will get you a dual color MakerBot replicator.  Next year, they may cost half that.  As soon as they break the $299 barrier, that is when you will see a real cry from companies that, previously, did not normally have to worry such things as homemade parts.  Oh man…DRM on 3D patterns.  Progress.

Another product that caught my eye was the Roku HDMI stick. Until, that is, read more about it. ON the surface, it looks great. Roku’s next set top box is not a box but a dongle. An HDMI dongle. They squeezed an entire Roku into something not much bigger than a USB stick.  Pretty amazing…but…most HDMI equipped sets will not be able to use this thing as it uses a different type of HDMI connector…one that is not yet on most devices.  Sigh.  I would buy one, two or more of these things but…not going to replace my TV’s any time soon.

So, two products out of thousands.  Not good.  I am starting to think I have gotten jaded.  I’ve grown so used to be being wowed and, when I’m not, I’m really bummed and that is how I feel about CES this year. Just not much happened.  Other than Nintendo demoing the Wii U to a handful of people, that is.  Oh well, I guess there is always next year. Or Apple’s next big announcement…I wonder what that could be. 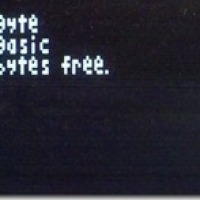